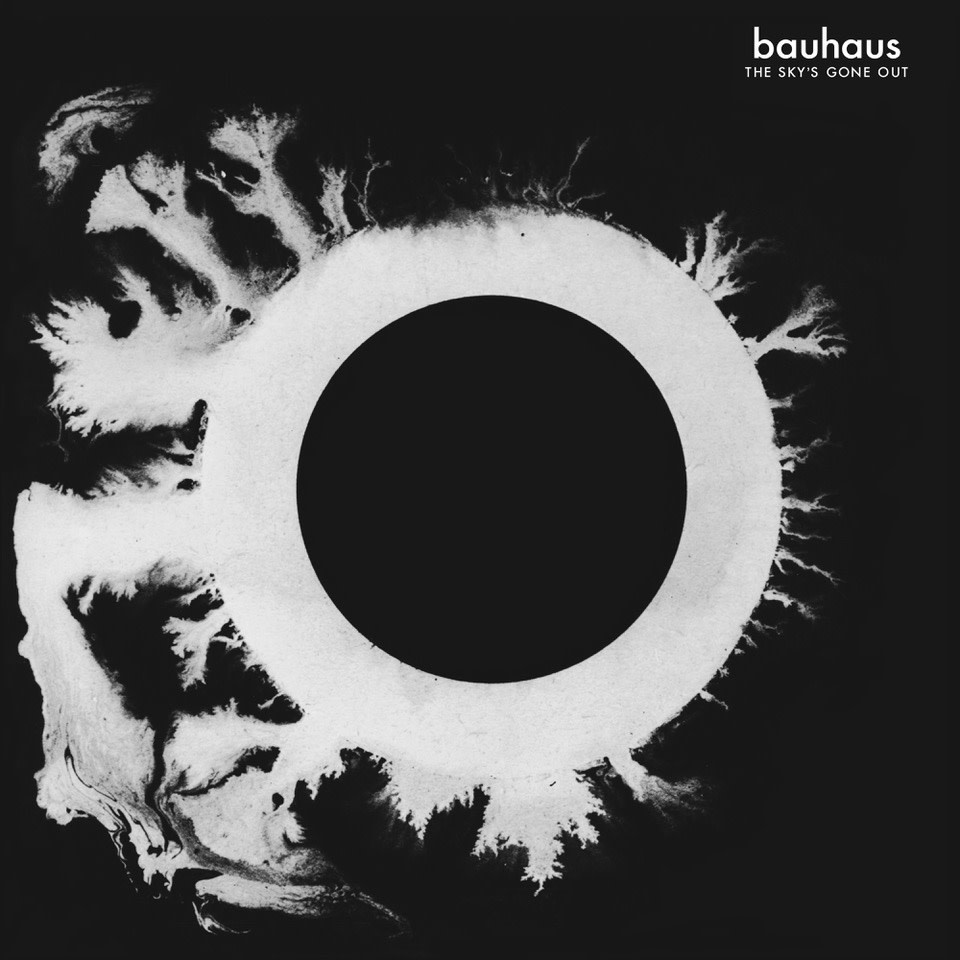 Violet Vinyl. 1982's The Sky's Gone Out marks a stylistic midpoint in Bauhaus brief but spectacular career. The group released its first single in 1979 and disbanded in mid-1983. In comparison with their earlier, almost impenetrably convoluted literary references and effectively murky production, this album is lyrically more direct, musically more straightforward, and features vastly cleaner production. The first of these changes is exemplified in the album's second track, Silent Hedges, with its "going to hell again" chorus and in the bitter 'all we ever wanted was everything, all we ever got was cold' from All We Ever Wanted Was Everything. Daniel Ash's guitar work has finally become part of the structure of the songs as opposed to an ornamental splash used for emphasis. The music is less harsh - almost inviting the listener in before the slicing lyrics drop like poised blades. production-wise, the sound is no longer as cacophonously dense. such tracks as Spirit feature dueling guitars, rumbling drums, and a harpsichord, all clearly separated - at least until the intentional crush of the song's end.