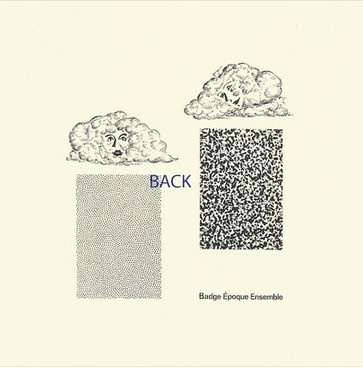 Flute, congas, bass, drums, guitar and clavinet; this unconventional arrangement of instruments intertwine to form the debut album by Badge Époque Ensemble - a group of creative improvisers assembled to perform new, largely instrumental compositions by Maximilian ‘Twig’ Turnbull (formerly Slim Twig - DFA Records). Badge employs an eclectic cast of characters from the Toronto underground music scene, whose combined experience would take pages to spell out. It includes stints accompanying songwriters Andy Shauf and Marker Starling, outfitting heavies Blood Ceremony and Biblical, and respective careers spent gigging Django-jazz and the classical cannon. Badge’s distinctive sound arises from the diversity of these musical exploits, creating a palpable chemistry well captured on the live-tracked songs that form the group’s self-titled debut. Part of this crucial chemistry can be attributed to the fact that four of the six players in the Ensemble have been at the core of the live, U.S. Girls band, a group that has scorched stages internationally over the past year and was hailed by Paste magazine as the best live band of 2018. While it may call to mind an improbable collision between psych-era Stevie Wonder and the whimsically dark, Fantastic Planet score, it is clear we are operating in a post Wu-Tang paradigm. If a crate of library, tropicalia, prog and electric jazz records were flattened into a single 12” and then fed into a sampler, we might approximate the process.