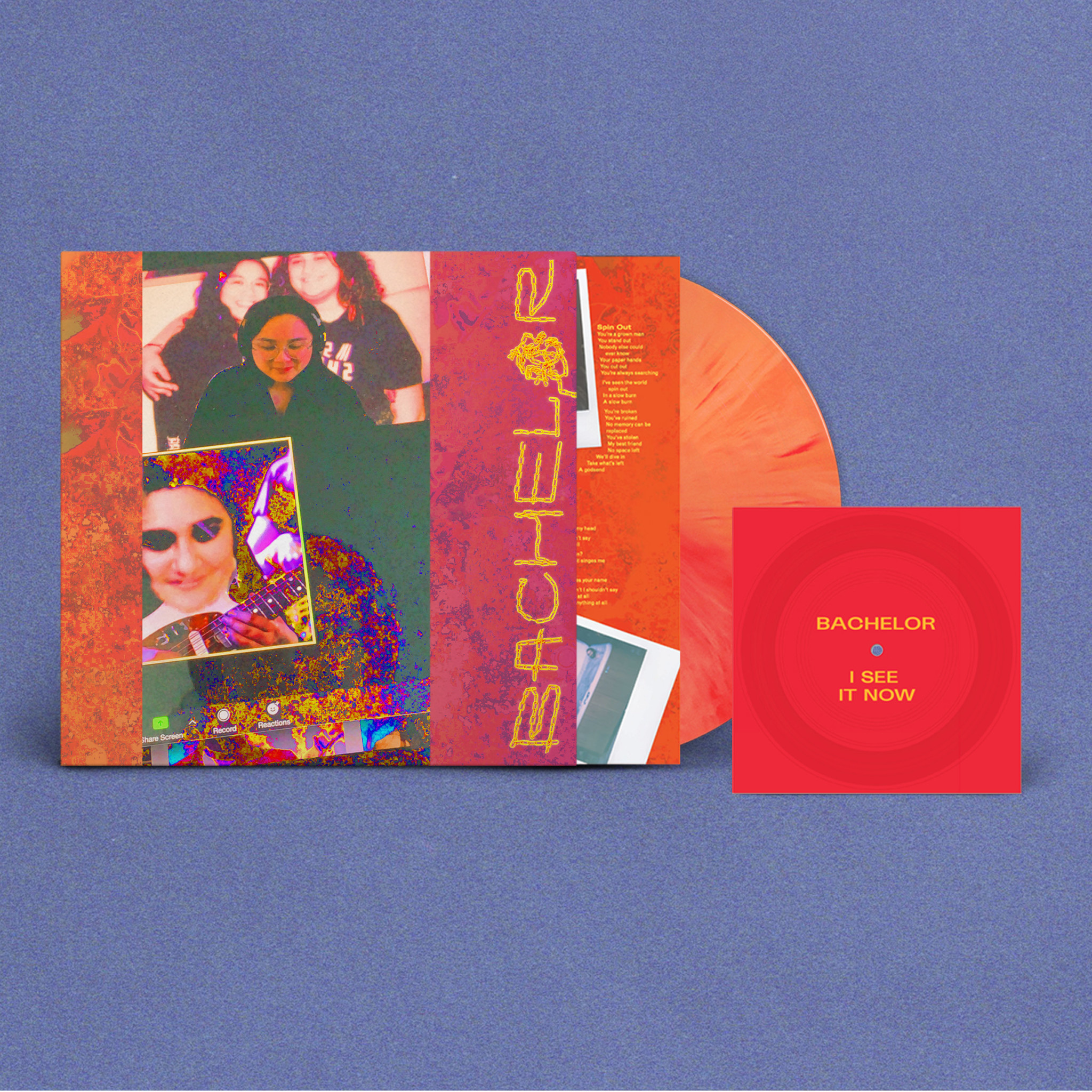 Dinked edition: Red & orange galaxy coloured vinyl limited to 400 numbered copies, includes exclusive bonus flexi-disc featuring non album track I See It Now. Bachelor, the new project from Melina Duterte (Jay Som) and Ellen Kempner (Palehound), is not a band, it’s a friend-ship. After being mutual fans for years, they finally met when sharing the bill at a show in Sacramento in 2017. Keeping in touch over text and Instagram posts, Duterte and Kempner started recording together for fun in 2018, resulting with what would become Sand Angel, the seductive slow-burner that convinced the pair to write an album together. Reconvening in January 2020, the duo packed the entirety of Duterte’s recording equipment into two cars and headed to a rental house in Topanga, CA. In this space Kempner and Duterte hybridized their individual song-writing talents, producing a collection that slips between moods with ease and showcases their lyrical prowess. Arriving with almost no songs written and no solid plan, they finished the 10 songs that make up Doomin’ Sun after two short weeks. That much work in so little time may sound exhausting, but it wasn’t, it was blissful and freeing. There was a lot of pain that went into the record, especially around themes of queerness and climate change inspired by the red skies and wildfires subsuming Australia at the time. However, when the duo did shed tears during the creative process, they weren’t tears of sadness, they were tears of laughter. When Kempner and Duterte look back on those weeks, what they remember first is shortness of breath and the inability to track vocal takes without falling to the floor howling. They couldn’t remember a time they’d ever been so delirious with creativity, so overwhelmed with joy.