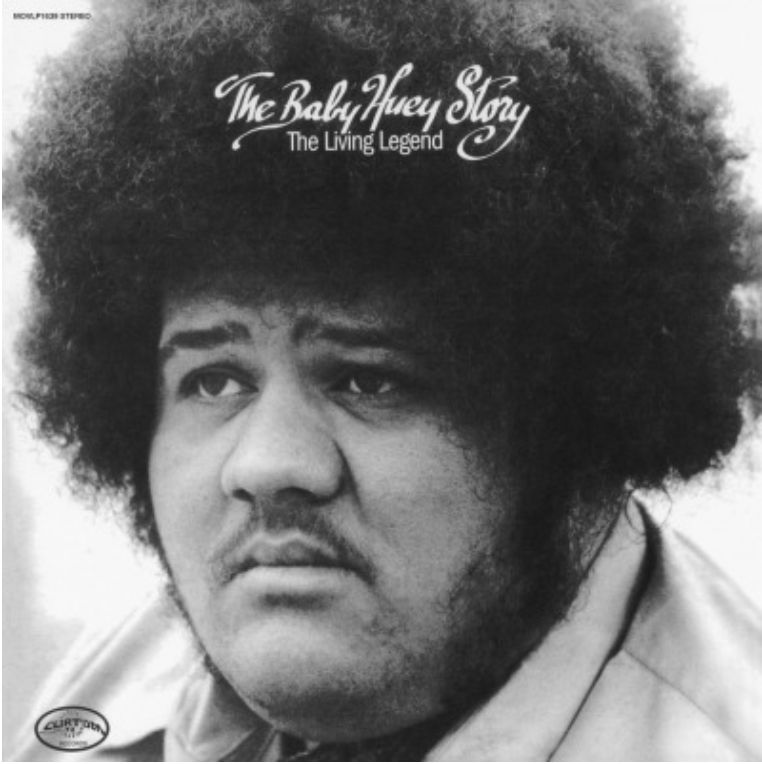 Legendary Soul singer Baby Huey was graced with a stunning, fierce voice on par with Otis Redding and Howard Tate, wailing and howling one moment and oddly tender and sentimental the next. The Baby Huey Story: The Living Legend is his only album, released in 1971 postmortem by his manager Marv Heinman and Curtis Mayfield (who also has writing credits for "Mighty, Mighty", "Running" and "Hard Times"). While Baby Huey was in the midst of recording tracks for his debut album, he died as a result of a heart attack in 1970. Heinman and Mayfield took what had already been recorded, added some instrumental tracks that had been recorded previously and managed to gather up enough for the album's release.