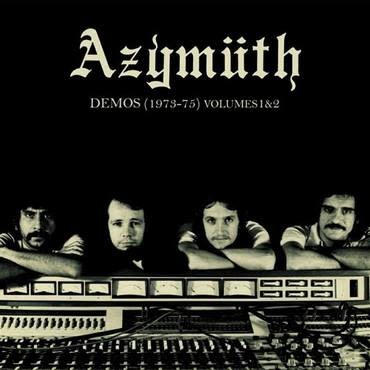 Celebrating its 25th anniversary, Far Out Recordings proudly presents two albums of previously unheard Azymuth demo recordings from 1973-75. Since their debut album release in 1975, Azymuth have risen to rank alongside the world’s greatest jazz, funk and fusion artists. As young men in Rio de Janeiro, they stood out for both their exceptional talent as musicians, and their wild rock ‘n’ roll antics in the predominantly middle-class worlds of bossa nova and jazz. These previously unheard recordings took place between 1973-75 at Bertrami’s home studio in the Laranjeiras district of Rio de Janeiro. At the time of recording, there was nothing in Brazil, less the world that sounded anything like them, so perhaps it’s unsurprising that when Bertrami presented his demos to the record companies he had been working for, he was turned away, and told in effect that the music was ‘wrong’. When English producers Joe Davis and Roc Hunter arrived in Brazil in 1994 to record the first Azymuth album in over a decade, Bertrami dug out the demos which had sat virtually untouched for over twenty years.