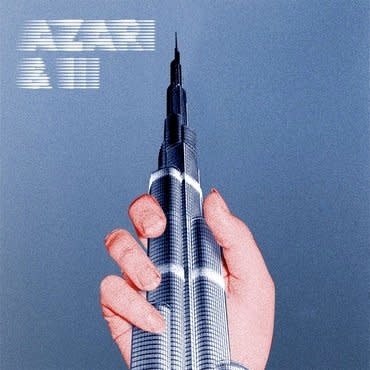 Turbo Recordings brings you a special 10-year anniversary repress in transparent vinyl of Azari and III’s classic self-titled debut album. Azari and III's unique blend of moody electronica, dark yet hooky vocal choruses and analog-thick rhythms has earned them both Juno and Polaris Prize nominations, cementing their status as one of the most important acts in Canadian dance music of the last decade. The four-piece band, consisting of producer / musicians Dinamo Azari and Alixander III with vocalists Fritz Helder and Starving YetFull, have crafted a defining sound that relishes in its references while maintaining a forward-looking perspective even ten years after it’s initial release. Although the group has since disbanded, their legacy lives on.