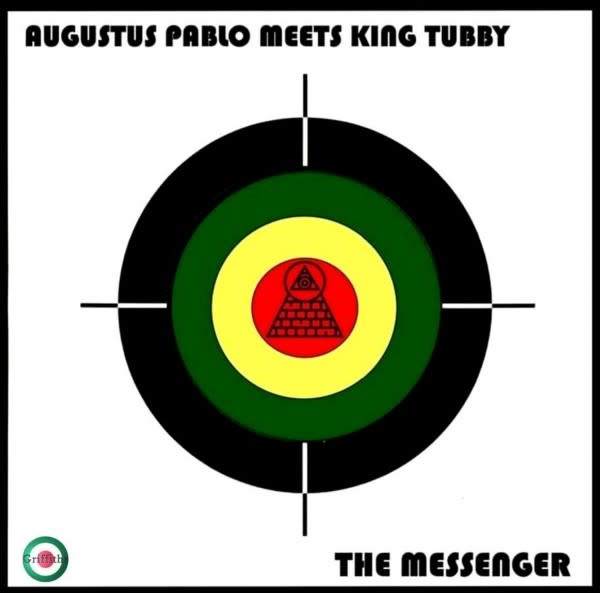 “Both are legends because both innovate – and activate and motivate. King Tubby (Osbourne Ruddock) arrived on earth in 1941. As a teenager he repaired radios before moving onto repair sound system speakers. Since the mid-50s, sound systems had conquered Jamaica, replacing live bands as the people’s favoured choice of access to their music. Tubby (a very slim man) found himself much in demand. In 1968, Tubby opened his own shop, Tubby’s Home Town Hi Fi. That led him into the world of sound, led him into recording studios where first he remixed. But then he got bored and in doing so released himself by devising his own amazing aural vision. Tubby invented dub and he did so by experimenting, by creating a unique template where he stripped away certain parts of the record, replaced them with another, highlighted some instruments, dropped others, and on top of this used all kinds of studio effects. And thus King Tubby became King of Dub. In 1971, inevitably, he opened his own studio – and he took the music deeper. Many musicians loved his set up, including Augustus Pablo. Pablo (Horace Swaby) arrived on earth in 1954. He hit the musical scene playing…the melodica. No one had thought to do so previously. Again, the breaking of new ground was heard in Jamaica. The instrument was perfect for the King Tubby vision, Pablo’s playing producing a sound that was melodic, harsh, edgy, and soulful. Over Tubby’s shuffling rhythms and maelstrom of sound, Pablo improvises with huge imagination and skill. His major hit East Of the River Nile suggested and put forward a sound derived from the Far East and he was up and running. In 1975, he began a fruitful collaboration with King Tubby. Their first album together Ital Dub is a classic. The later King Tubby Meets The Rockers Uptown is more than that, it is legendary. And now The Messenger is upon us, an album cut at some point in the 70s and which remained in the vaults. Should it have stayed there? No way. This is music that upholds the very high stars of their past, music which fires itself on imagination and strength, a collusion and collaboration of immense proportions, music that provides and creates moods with such purpose and drive. Pablo’s melodica is centre stage but is counterpointed by contagious rhythms and touches of inspiration as horns and bass lines mesh in and out of view, held down by an ever steady barrage of sturdy drums and bass and a never ceasing source of imaginative and delightful sounds. The sound constantly changes and because it does the album contains a staggering array of moods, from upbeat into deep waters. The Messenger is forward music, still sounding as fresh as it did on the day of its conception. And it will do so for time eternal.”