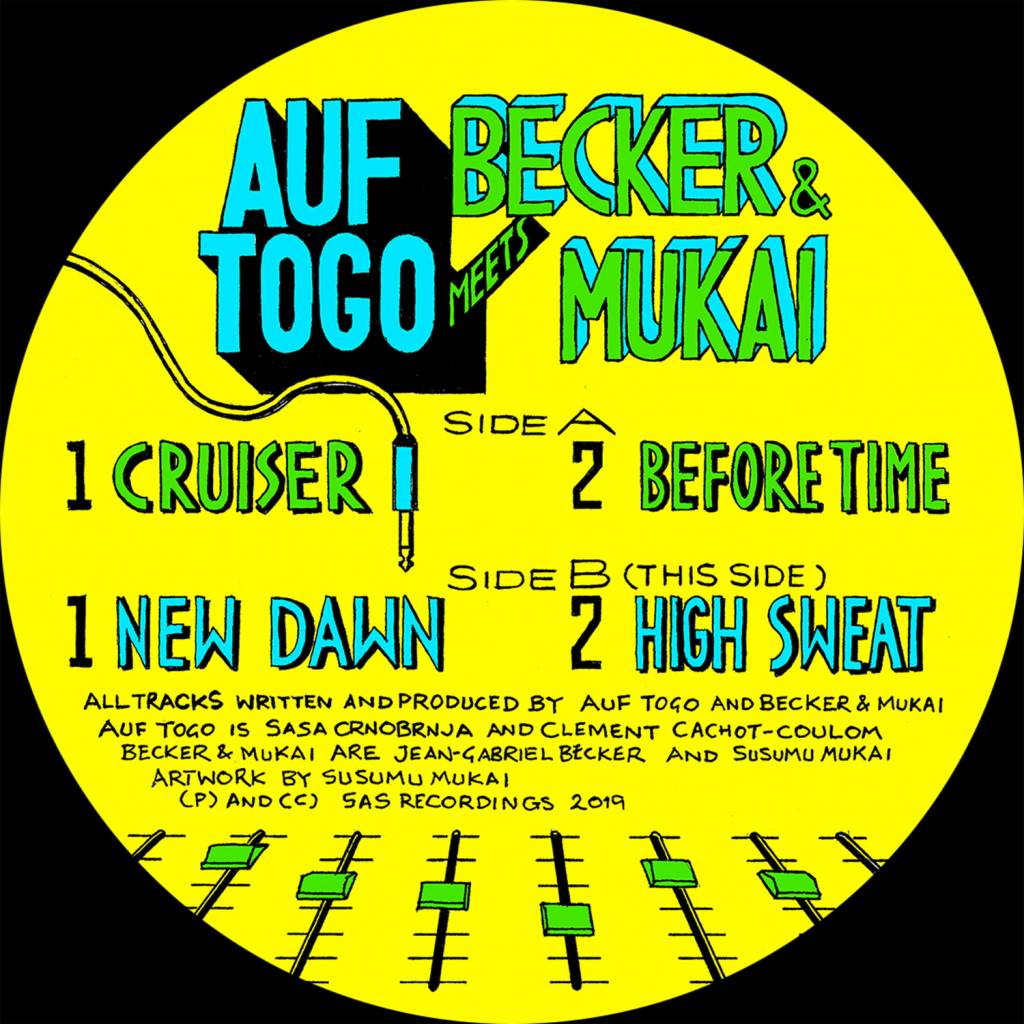 Some time in 2018, the mighty AUF TOGO (members of In Flagranti and Mytron & Ofofo) met with the fierce BECKER & MUKAI (w/t members of Zongamin, Vanishing Twin, Floating Points live band, JeanGa & George) in the Sounds And Sons Studios in Shoreditch for a couple of long recording sessions, where they brought together drum machines and guitars, percussions and synthesisers.

These two outfits getting together in the studio was a match made in heaven, as one long improvised take gave way to another, each protagonist picking up a different instrument each time, recording hooks and beats and dub effects, and ultimately joined their production skills to create these four gems.

Mixing influences that run from balearic beat to the late 80’s Manchester sound, from psychedelic rock and space disco, this record is a singular piece of rugged mid tempo electronic music that works both on a dance floor in Berlin, at sunset in Ibiza or in a living room in London.

The artwork was hand-drawn by Susumu Mukai and is inspired by 90s reggae dub clashes.