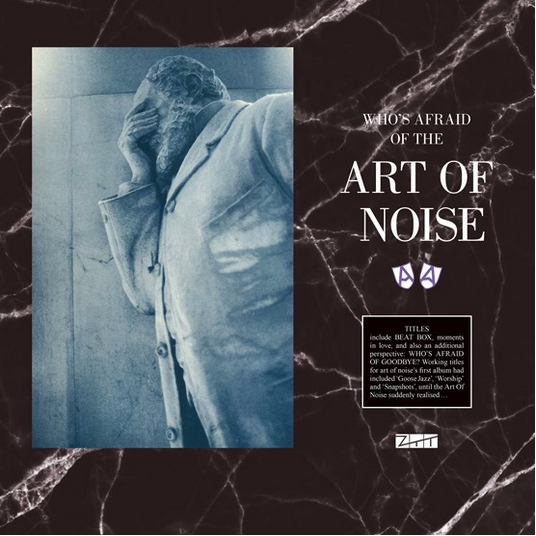 A reissue of ‘Who’s Afraid of…?’, the debut album from pioneering British synth-pop act The Art of Noise, featuring Oscar and Grammy Award winning composer Anne Dudley and hugely successful producer Trevor Horn. ‘Who’s Afraid of..?’ was one of the first releases on the fledgling ZTT label in 1984 and has been unavailable on vinyl since it was repressed and repackaged in 1985.

UMC will make it available on 180gm vinyl for Record Store Day 2021, as a new limited edition release featuring a second LP of rare Art of Noise recordings, presented as ‘Who’s Afraid of… Goodbye?’ These are making their first appearance on vinyl and were previously only available as part of the now deleted 2006 box set, ‘What Have You Done With My Body, God?’

For aficionados of the brilliant ZTT catalogue “this has been number 34 in Zang Tuum Tumb’s Incomplete Incidental Series, number 17 in the Complete Element Series, and now number 24 in the Definitive Definition Series.”