Art Ensemble Of Chicago - We Are On The Edge: A 50th Anniversary Celebration

Home / Art Ensemble Of Chicago - We Are On The Edge: A 50th Anniversary Celebration 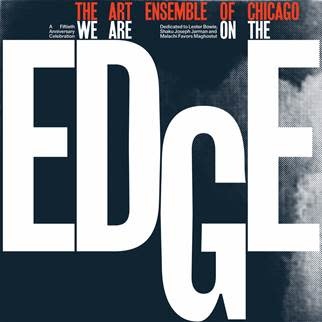 Iconic, innovative and internationally renowned force in avant-garde music The Art Ensemble of Chicago released their 50th anniversary celebratory album We Are On The Edge in April, and Erased Tapes are honoured to announce the vinyl edition of this exceptional body of work. Led by surviving founding members Roscoe Mitchell and drummer Famoudou Don Moye, these brand new recordings involve a staggering array of contemporary artists ranging from across the jazz, experimental and improvised music spheres; from the visionary poet and musician Moor Mother, trumpeters Fred Berry and Hugh Ragin, who have performed with Mitchell for over five and four decades, to bassist Jaribu Shahid, supreme cellist Tomeka Reid, celebrated flute virtuoso Nicole Mitchell and the extraordinary voice of Rodolfo Cordova-Lebron.

The vinyl edition, due for release on July 26th, will be available as a double album featuring a meticulous studio session of the newly assembled group of musicians, combining re-recordings of works spanning the last 50 years, some never before recorded, as well as new compositions. The 4-LP special edition also includes their live set recorded at Edgefest, the annual experimental jazz and creative new music festival in Ann Arbor, Michigan.