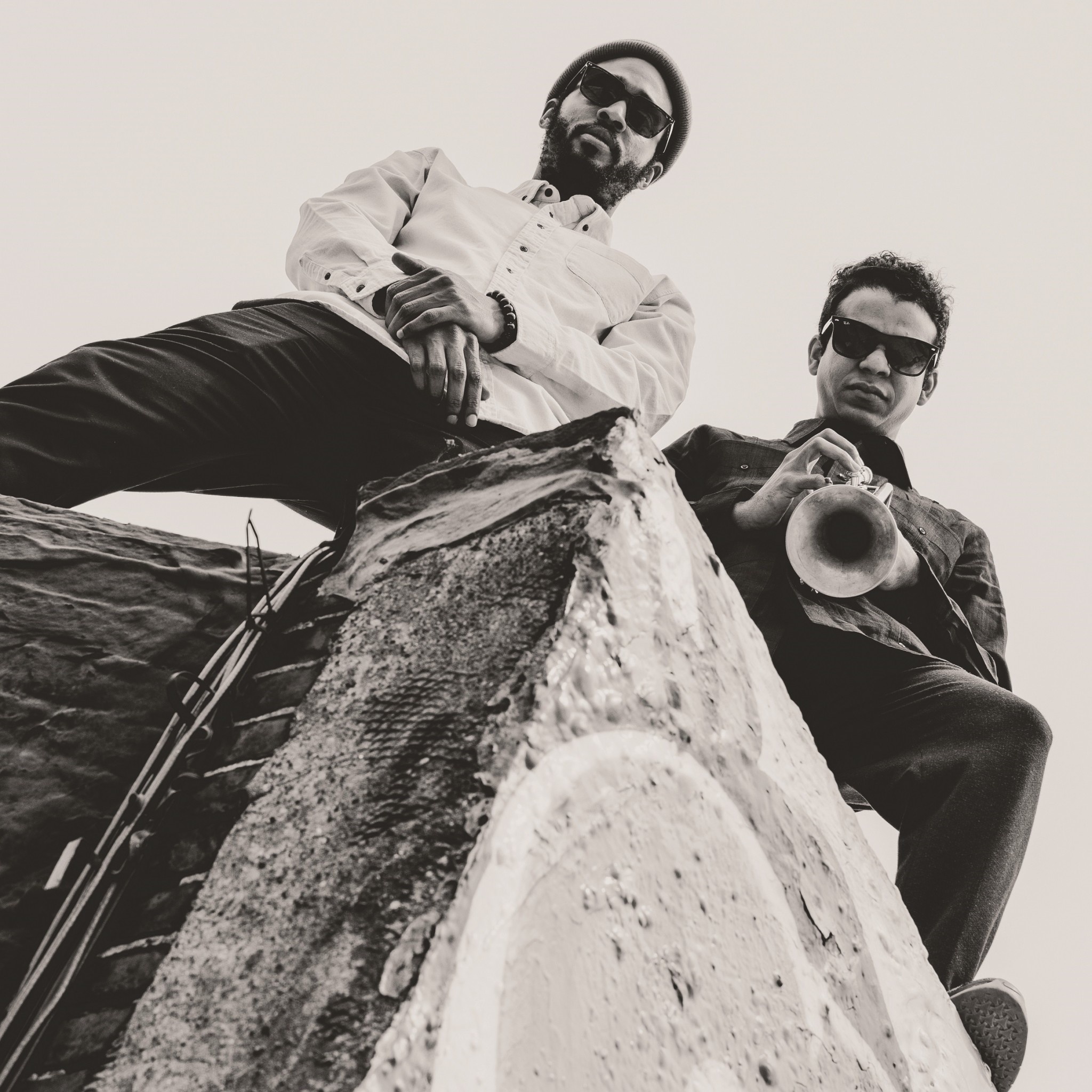 Aquiles Navarro was born in Toronto during a time of great, political upheaval in his family’s native home of Panama. Dangers surrounding the reign of Manuel Noriega and the subsequent U.S. invasion of 1989 prompted the Navarro family’s exit, returning years later to Panama City in 1997. Latin folkloric music was fastened deeply to the family paradigm. After studying with Panamanian trumpeter Victor “Vitin” Paz (Fania All-Stars) and Panamanian-American composer/saxophonist Carlos Garnett (Miles Davis, Pharoah Sanders), Navarro moved to Boston to study at the New England Conservatory (NEC). Before the semester had even begun, a friendship had kindled between him and another incoming new student, Tcheser Holmes. Since a young age, Tcheser Holmes naturally wove into the fabric of a tight-knit Pan-African community in Brooklyn centered around the spiritual organization, Ausar Auset Society, and his family’s dance company, The Bennu Ausar Dancers. From early on, Holmes remembers “playing and viewing music purely as a source of celebration and achievement.” As a teenager he enrolled in the Manhattan School of Music’s Precollege for pre-conservatory training, and eventually made his way toward NEC.

After their tenure at NEC, both musicians relocated to New York City. “In New York, I've been a working musician since day 1,” recalls Navarro. “Tcheser and I played all over the city, from Uptown to all over Brooklyn, often booking our own gigs.” Dance clubs and subway platforms, The Bowery Poetry Club, the Latin Jazz Big Band at the Nuyorican Poet’s Cafe, and Roberto Roena y Su Apollo Sound in the Bronx – the two musicians developed a wide creative range. “We got familiar with a system where the rhythm is quantified,” says Holmes. “But I feel like we always remained ‘children’ in terms of viewing music. Kobe said ‘Be a Kid.’ We never needed to validate the process.” In Brooklyn in 2015, Navarro and Holmes performed as a duo at a Musicians Against Police Brutality event, where they shared the stage with the trio of Camae Ayewa (aka Moor Mother), Keir Neuringer and Luke Stewart. The two groups made fast friends, and shortly after, came together to form the collective quintet Irreversible Entanglements.

After two years of growth and international touring with Irreversible Entanglements, Navarro and Holmes coalesced around the idea of composing new, expanded duo music; and in Fall 2019 they booked two after-hours sessions at Brooklyn’s S1 Studios. “Each tune has a compositional background to it, but improvisation and the telepathy between us remains the main catalyst,” notes Navarro. From this open map, the duo layered samples and electronic elements from Juno 106 and Moog Grandmother synths over their acoustic improvisations, overdubbed contributions from poets, vocalist and instrumentalist friends, and added field recordings of themselves in conversation. To sculpt the mass of sounds they commissioned ada adhiyatma (aka Madam Data, a Philadelphia- based composer/electronicist who they’d met through a joint collaboration with Moor Mother) for a final mix. The resulting album – Heritage of the Invisible II – reveals Navarro and Holmes stepping firmly into the limelight of progressive music-making. 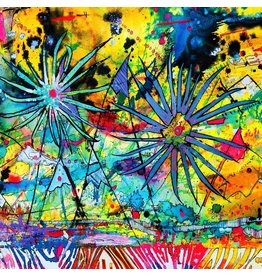