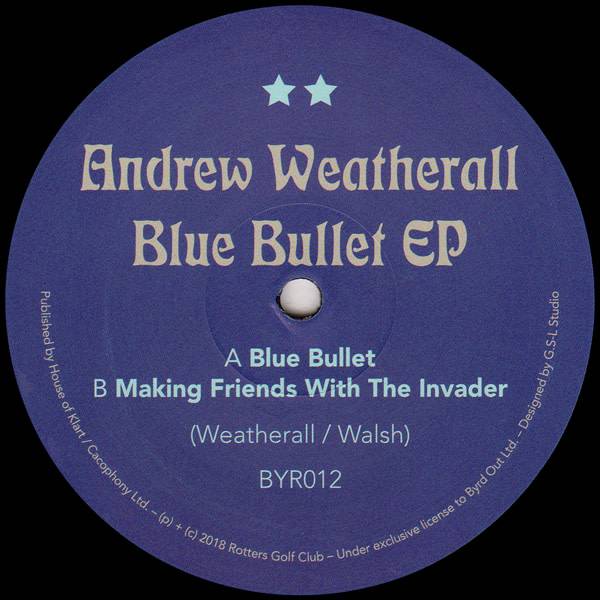 Almost exactly a year after his first EP on Byrd Out (the Kiyadub EP), the legendary Andrew Weatherall returns with new material for a second release. Andrew invited a mate round to his studio to try out a Les Paul his friend was looking to buy. As it turns out, his mate was Ride's (and Oasis') guitarist Andy Bell.

Anyway, Andrew suggested he test the guitar out over a track he was working on, and ‘Making Friends With The Invader’ is the resulting track, which Andrew paired with the EP’s title track ‘Blue Bullet’. Both tracks plough the trippy, cosmic dub furrow, and come in at a weighty 8 and 9 minutes plus. 1000 vinyl only. Grab them while you can! Mastered by Noel Summerville. Artwork by G.S-L Studio