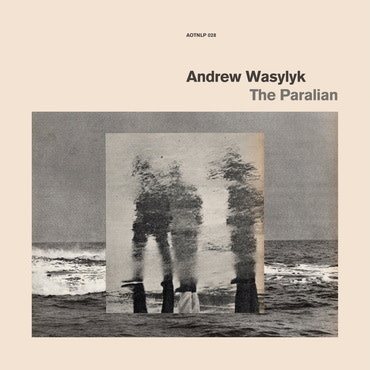 Andrew Wasylyk is the alias of Scottish writer, producer and multi-instrumentalist, Andrew Mitchell. In 2018, Andrew was extended a residency invite from arts centre and historic house, Hospitalfield, Arbroath, Scotland to create new music for their restored, 19th century, Erard Grecian harp. During Wasylyk's five-month sojourn he created melodies and progressions echoing the building's unique relationship with the looming North Sea horizon. Using not only the harp, but the house's original grand piano, Andrew explored the Angus landscape and beyond, gathering field recordings on trips to neighbouring Seaton Cliffs and Bell Rock Lighthouse (the world's oldest surviving sea-washed lighthouse). Winter slipped into spring, and harp-led compositions gave way to an ambitious third, full-length album, exploring a range of themes utilising a broad palette of instrumentation, including flugelhorn, euphonium, oboe, string trio, vintage synthesisers, drones and upright piano. From the wandering, Bob James-esque, Fender Rhodes and shimmering strings in the study of coastal light, (Welter) In The Haar, to the plaintive brass and farewell transmission blowing through, Adrift Below A Constellation, punctuated by the fragility of Wasylyk's sole lead vocal of this collection - The Paralian (a dweller by the sea), is a conclusion embued with blue and golden melodies that land in a territory akin to experimentalists such as Robert Wyatt and Brian Eno. Through which, Wasylyk weaves the listener along a Modern-classical, Ambient and Jazz dream of Scotland's east coast." Athens Of The North team were stunned by the luminous beauty and creativity at play in this work. Falling between genres and time, it stands next to 60s British Jazz, effortlessly blending notes of Library and soundtracks with dashes of British Folk