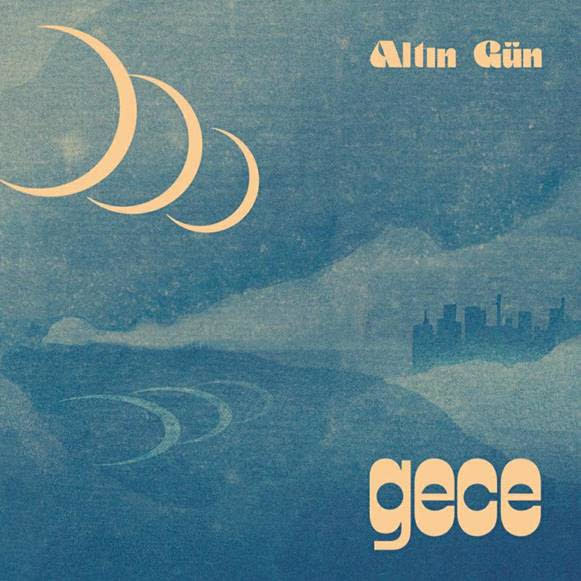 Following their hotly tipped 2018 debut album On – Altın Gün returns with an exhilarating second album. Gece firmly establishes the band as essential interpreters of the Anatolian rock and folk legacy and as a leading voice in the emergent global psych-rock scene. Explosive, funky and transcendent. The world is rarely what it seems. A quick glance doesn’t always reveal the full truth. To find that, you need to burrow deeper. Listen to Altın Gün, for example: they sound utterly Turkish, but only one of the Netherlands based band’s six members was actually born there. And while their new album, Gece, is absolutely electric, filled with funk-like grooves and explosive psychedelic textures, what they play - by their own estimation - is folk music. While most of the material here has been a familiar part of Turkish life for many years - some of it associated with the late national icon Neşet Ertaş – it’s definitely never been heard like this before. This music is electric Turkish history, shot through with a heady buzz of 21st century intensity. Pumping, flowing, a new and leading voice in the emergent global psych scene. “We do have a weak spot for the music of the late ‘60s and ‘70s,” Verhulst admits. “With all the instruments and effects that arrived then, it was an exciting time. Everything was new, and it still feels fresh. We’re not trying to copy it, but these are the sounds we like and we’re trying to make them our own.” And what they create really is theirs. Altın Gün radically reimagine an entire tradition. The electric saz (a three-string Turkish lute) and voice of Erdinç Ecevit (who has Turkish roots) is urgent and immediately distinctive, while keyboards, guitar, bass, drums, and percussion power the surging rhythms and Merve Daşdemir (born and raised in Istanbul) sings with the mesmerizing power of a young Grace Slick. This isn’t music that seduces the listener: it demands attention.