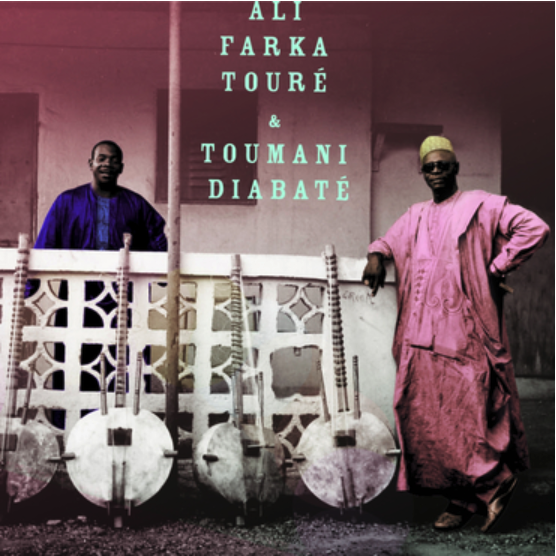 Ali and Toumani is the second and final album pairing the late Malian guitar virtuoso Ali Farka Toure and kora master Toumani Diabate. Recorded over three afternoons at London's Livingston studios in 2005, with contributions from the late Orlando 'Cachaito' Lopez (Buena Vista Social Club) on bass. Ali and Toumani is the follow-up to the duo's Grammy award-winning 'In The Heart of the Moon'. This album was produced by Nick Gold and recorded by Jerry Boys, the same production team behind the collaboration's first effort. It is the also the last album recorded by Ali Farka Toure, who passed away on March 7, 2006. The duo's new release presents their usual playfulness, effervescence, and mastery in further exploration of songs reaching back into both musicians' pasts. 'It wasn't about covering old songs just because there weren't any new ones, no not at all,' said Diabate, continuing: 'it was about revealing all the different possibilities once again... i believe this album to be stronger and wiser, better than 'In The Heart of the Moon.' simultaneously reverent and informal, this album brings together the divergent folk and classical traditions from northern and southern mali, creating a loving homage to the west african nation that is thoroughly appropriate for the late tour's last recording. in the words of diabat, 'what we are doing is very important because we are both, above all, malians. it's about love, sincerity, [and] solidarity.'