Alexander Tucker - The Guild Of The Asbestos Weaver

Home / Alexander Tucker - The Guild Of The Asbestos Weaver 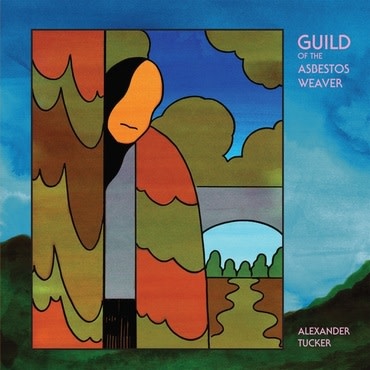 On Guild Of The Asbestos Weaver, London’s Alexander Tucker (Grumbling Fur, Imbogodom) lets his love of Sci- Fi and cosmic horror loose! Tucker is a composer focused on synthesis and with this, his creative manipulation shines. Tucker, known for his cello and six-string guitar playing, manipulates these source sounds by layering looping and processing with a Roland 404 creating something that bears little resemblance to its source. Guild of the Asbestos Weaver, named after Ray Bradbury’s novel Fahrenheit 451, brims with dystopian fantasy, but unlike the more political book, seeks to simply spark the imagination, envisioning an alternate past and new future. Tucker’s boundless and singular vision is on full display in his most immersive and intoxicating music yet. Minimalist motifs are sculpted into deep drone constructions, weaving dense layers of maximalist sound to powerful disorienting effect. The songs occupy a unique territory somewhere between paranormal electronics and cosmos-seeking psychedelia, standing as some of Tucker’s heaviest and most hallucinogenic work to date.