Alex Lahey - I Love You Like A Brother (Coloured Vinyl)

Home / Alex Lahey - I Love You Like A Brother (Coloured Vinyl) 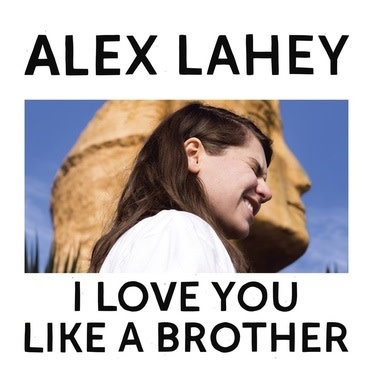 Peach coloured vinyl for Love Record Stores Day. I Love You Like A Brother is the 2017 album from Melbourne’s Alex Lahey, out via Dead Oceans. An infectious debut that shines with a rare confidence, I Love You Like A Brother is a riotous record, packed with relatable fuzzpop gems. After finishing school, Lahey initially went to university to study jazz saxophone, but unimpressed with “learning music in such a regimented way” she switched to an arts degree. While studying, Alex cut her teeth as a member of cult party collective Animaux, which allowed her restlessly rebellious streak to flourish. Alex began to form the blueprint for her own solo material by writing songs inspired by the two people she considers the greatest songwriters of all time, Dolly Parton and Bruce Springsteen, whilst retaining the punk spirit of her first musical outing. These songs found themselves on her first solo EP, the acclaimed B-Grade University. The EP included the single, You Don’t Think You Like People Like Me; a mainstay on Australian radio, landing on triple JS prestigious Hottest 100 of 2016. The song’s universal tale of rejection took Lahey global - its message, she says, is the flipside of the usual break-up scenario: “Yeah, you’re right. It’s not me. It IS you”. This no-shit-taken attitude forms the backbone of I Love You Like A Brother as evidenced by the uproarious opening track Every Day’s The Weekend. Throughout the records’ ten songs, Alex’s lyrics deftly move between wry, often hilarious witticism to heartbreaking poignancy. For every uplifting anthem, such as I Love You Like A Brother and the unruly Perth Traumatic Stress Disorder, there’s painfully relatable tracks like Backpack and Awkward Exchange. Despite the instant pop chops of I Love You Like A Brother, there’s introspection, self-doubt and sense of working out the complexities of growing up in this limbo period between youth and adulthood. The themes of Alex Lahey’s album might be universal, but it’s the unique approach she takes unpacking them that’s earned her millions of Spotify streams, buzz-worthy showcases at SXSW and festival sets alongside the likes of Flume, The Kills, At The Drive-In and James Blake as well as guesting on tours with Tegan and Sara and Blondie.