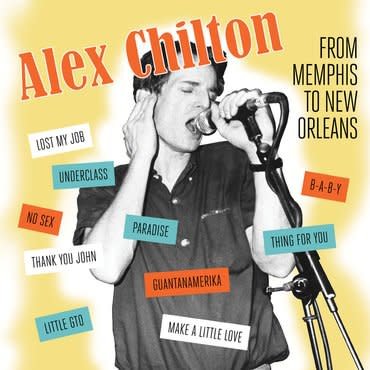 These recordings from Alex Chilton (Big Star) have been out of print for over a decade. Hugely influence to and lauded by the likes of Wilco, REM, The Replacements among many others....these are the best of his recordings from the 1980's. Some know him as the lead singer of the Boxtops who had a number one hit in 1967 with The Letter, others know him from the majestic Beatlesque pop of Big Star or as the name in a song by the Replacements ("Children by the millions sing of Alex Chilton...”) Others know him as the songwriter of the theme song for That 70s Show. He was at the height of his cult star fame in the mid 1980s when he made these recordings. It is some of his best most honest work oddly neglected for some time but delivered here for enthusiasts and neophites alike.