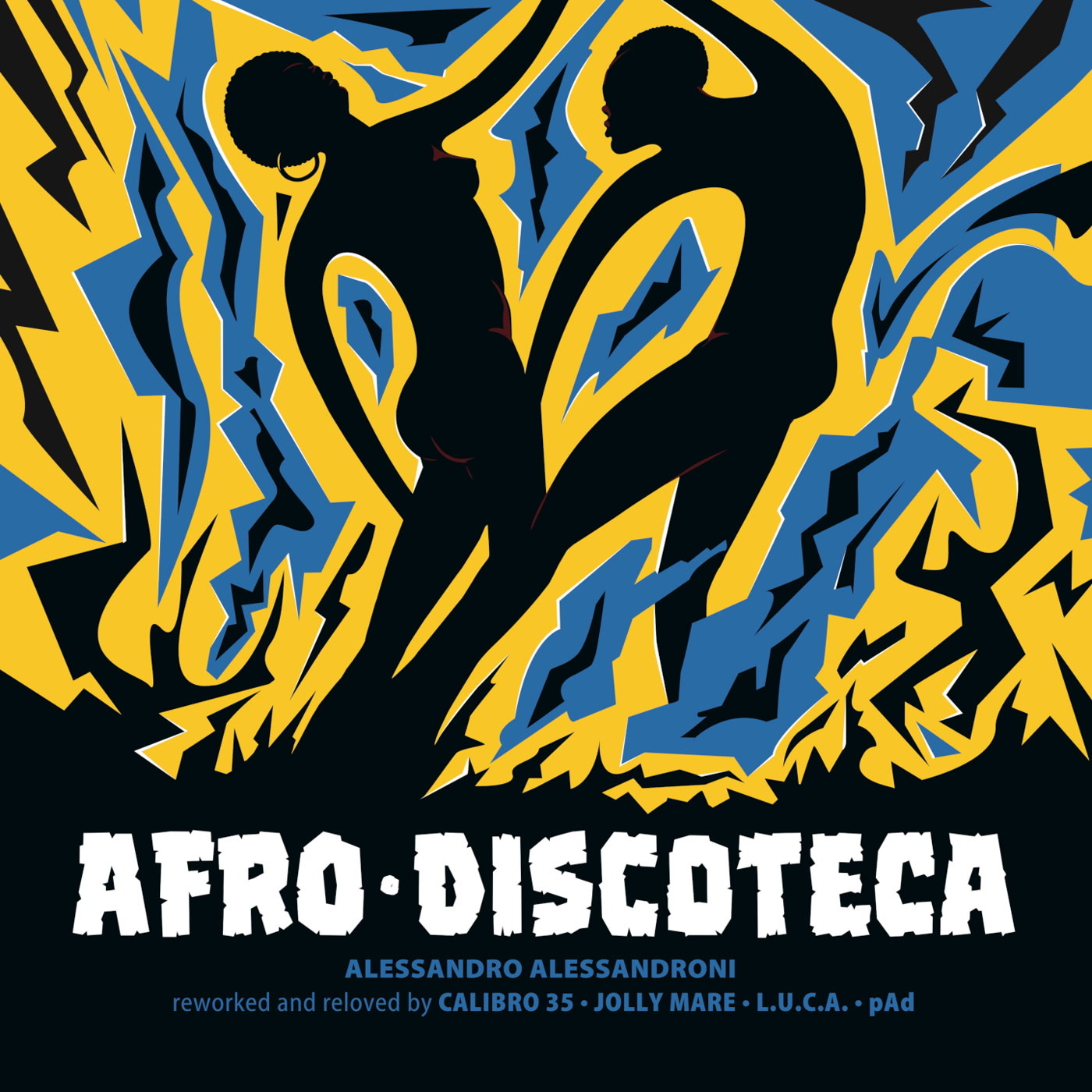 March 2017: Alessandro Alessandroni's Afro Discoteca is released on a blasting 12'' containing 4 cosmic/disco tracks drawing influences from African music and never published before these incredibly powerful and evocative recordings were rescued from an old dusty tape found in the Maestro's vaults. The EP became an instant classic for diggers and worldwide tastemakers, bringing the name of Alessandroni to new audiences, far beyond the circle of film scores and library music aficionados. March 2019: Four Flies asks to a rock band (CALIBRO 35) and three of the most brilliant and visionary Italian DJs and producers (Jolly Mare, L.U.C.A., pAd) to rework the original tracks, giving them new life for refined modern dancefloors. The result is a stunning collection of electronic/cosmic/balearic reworks, which respects the spirit of Alessandroni's compositions, projecting them into our present.