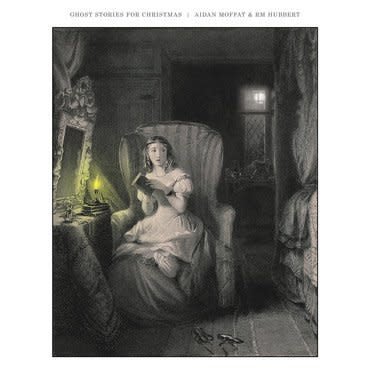 White Vinyl. It’s the most wonderful time of the year! And in the old tradition, Aidan Moffat & RM Hubbert invite you to gather round the fire for Ghost Stories for Christmas. The album began with an idea for a song – forthcoming single A Ghost Story for Christmas. Originally intended as a one-off, seasonal release, it proved such fun to write that soon they had enough songs for an EP. “Then, on a nice, sunny, summer morning, I phoned Hubby and suggested we just do a whole album,” says Moffat. The album also features their cover of Yazoo’s synth classic Only You, already a popular number in their live set and the cover versions is topped off with a sombre rendition of Mud’s 1974 hit, Lonely This Christmas. So come close and gather round! Pour a drink and take a seat! The fire is roaring, the chestnuts are roasting, the children are laughing – and it’s time to tell Ghost Stories for Christmas.